The Super Nintendo Entertainment System may have been released almost 30 years ago, but nostalgia is ageless. Those who spent their youths wired to the venerable SNES/Super Famicom still fondly look back on those innocent days during the golden years of gaming. This is why Nintendo’s move to re-release its classic consoles as miniaturized, modernized versions is so brilliant; not only is there a captive market of consumers already familiar and enamored with those products, but that market is now 20–30 years older, with disposable income to spare, and children of their own to pass on this hobby to.

Full disclosure: I’m a Nintendo boy myself. I grew up on the SNES and still have it buried in boxes somewhere. But even I recognize that sometimes nostalgia in and of itself is no reason to be spending money. Before you decide whether or not you should buy in to Nintendo’s invitation back to a world before DLC, microtransactions, and day-one patches existed, here’s my honest review of the Super NES Classic Edition that should help remind you to leave those rose-tinted glasses behind for a second.

In typical Nintendo fashion, SNES Classic’s box is unsealed and easily unpacked; and the unboxing process is about as quick as the console’s setup procedure as well. In the box is the diminutive console itself (seriously, this thing is tiny), two controllers (wired, with 4ft long cables), an HDMI and micro USB cable, and paperwork. No game cartridges to be seen here; all 21 of the SNES Classic’s included games are saved in the console’s internal storage. There is a notable lack of any AC adapter here, however you should be able to use any USB port to power the console—even the ones build in to your TV.

Setup is incredibly simple: it only requires plugging in the two cables provided, and you’re done. The console is powered on by sliding the power switch up, and a red LED should turn on at the front of the console to indicate that you’re ready to game. Figuring out where to plug in the controllers tripped me up initially, as there wasn’t any obvious way to pull out the facia. However, you’ll quickly realize that with a bit of force (admittedly more than one might be comfortable exerting on such a small device), the entire front panel flips out and is held by a plastic ribbon. This opens up the controller ports, with Player 1’s controller plugging into the left and Player 2 taking the right port.

Once on, you should see video output displayed to your TV. One thing that immediately struck me and might happen to those of you with specific TV or home theater setups is that there was no sound output at first. Apparently, this is a known problem with the SNES Classic, as it’s designed to output audio over HDMI only. If you encounter this issue, check to make sure the HDMI cable from your SNES Classic isn’t plugged into a port on the TV labeled “Analog” or “DVI,” or if you’re using a soundbar, try connecting the console directly to the TV instead. There are other issues related to audio which I’ll get into later.

After selecting the language and time settings for the console, you’re now presented with a choice of 21 games to pick from, and the list represents some of the best titles the console offered (despite the regrettable lack of Chrono Trigger). I won’t review each and every one of them here, as that would just be needlessly reinventing the wheel and this review is supposed to focus on the SNES Classic itself anyway.

From the game selection menu we also have access to the console’s options where you can pick between three graphics modes: 4:3, which is the way most of us remember playing these games originally; Pixel perfect, which doesn’t distort the view at all and renders each pixel as perfect squares; and CRT filter, which is essentially 4:3 with scanlines.

You can also select different backgrounds to frame your games, which may or may not be desirable depending on how distracted you might be from seeing your 16:9 TV force black columns around the 4:3 picture. Most of the backgrounds are gimmicky static images, but at least one of them acts like bias lighting which changes color depending on the game scene. This mode was worth keeping on if only to help break the sharpness at the edge of the columns.

One thing that should be talked about is Canoe, the emulator being used in the SNES Classic to run the games. Nintendo deserves major credit on this point. Not only is it extremely fast when resetting or starting games, but more importantly there’s noticeably less input lag as well compared to other emulators such as Retro Pi or even SNES9x running on much more powerful hardware. This is a huge deal especially when playing fighting games, such as the included Street Fighter II Turbo. Disregarding everything else, this is low key probably the best feature of the SNES Classic.

The emulator also faithfully reproduces the original games more closely than any I’ve used before, down to their slowdowns and lag. You will notice, for example, that in stage 1-4 of Super Mario World, near the middle of the stage is a block containing a Super Star which when acquired will drop the game’s framerates quite considerably. No, this isn’t a glitch or a problem with the SNES Classic’s hardware; this slowdown is very much still present in an actual SNES with an actual Super Mario World cartridge.

Many other emulation software attempts to “smoothen” such trouble areas by taking advantage of modern hardware and programming workarounds, essentially “patching” the original 20+ year-old games. The SNES Classic eschews that, preferring instead to present these games in as close to their exact original state as possible. This level of authenticity may be frustrating for some, but for others, it’s incredibly charming.

That’s not to say there are absolutely zero modern conveniences though. The SNES Classic supports quality of life improvements such as save states (4 per game), which you perform by using the Reset button on the console itself. This takes you back to the game selection menu, where you can select the currently-played game and choose to save the current state of the game, no matter whether or not there’s actual save functionality or save points in the specific game itself.

Another new feature offered by Canoe is the “Rewind” function, where you can manually step back in 10 second or 1 minute increments (depends on the game) to a previous point in your play session. This is perfect for going back in time in the game you were just playing, to redo that boss run or try that jump again.

The emulation is not perfect, though. I mentioned earlier that there were other audio issues. The most glaring is that, for some reason, certain sound systems do not or cannot output specific instruments, tracks, or sound effects from certain games on the SNES Classic. It’s impossible to pinpoint exactly which sound systems or TV sets are problematic, however I can say that on my Samsung Plasma TV, the problem is noticeable while playing Super Mario World where the background music “drops” a track whenever Mario’s jump sound effect plays.

So, is the SNES Classic worth buying? If you’re looking for the nostalgia of playing a specific set of 16-bit retro classics, there is no faster, easier, or more legal way of doing so. And even if you do already own an original SNES as well as the cartridges to load into it, a good HDMI-Analog signal processor to play it on modern TVs is going to cost you (especially if you’re looking for a quality upscaler such as the Framemeister or Open Source Scan Converter); so even at PHP 5,000.00, it’s probably the cheapest option as well. Printing in Style: the HP DeskJet 3775 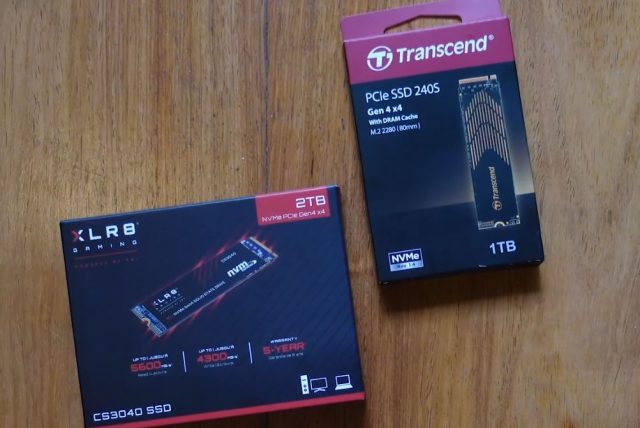